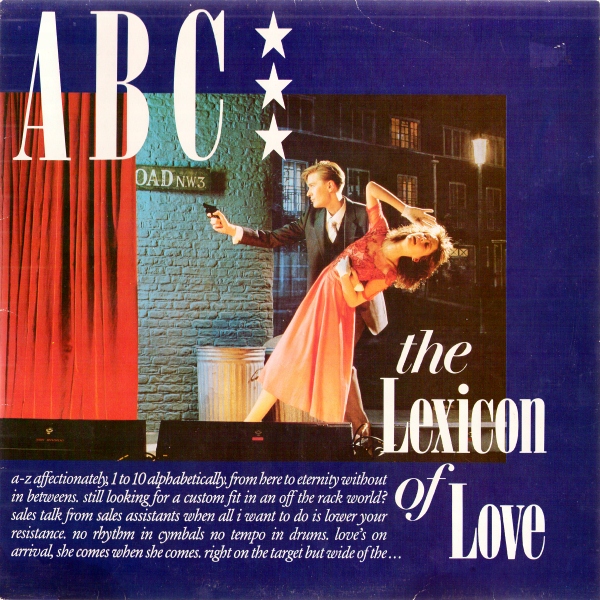 Ah, the new romantics. Can't help but like 'em. In the form of ABC it's very catchy, and a lot of it could, with a bit of tweaking, be re-released as "ironic" remixes for the clubs.

There's a bit of popping funk bass, there's a lot of synth-strings and a gigantic amount of heartbreak.

I particularly like 4 Ever 2 Gether. Probably due to its sort of anti-authoritarian and overblown lyrics regarding the subject matter. Also there's some melody in the back of the mix that reminds me of an old Faith No More song.

More or less a one hit wonder (okay, they had a couple of successful singles in the years to come, but now I'm talking hit albums), ABC's never really quit and still tours (and even released a new album a couple of years ago).

I can't really get over that I think this a pretty good album.