0912. Nanci Griffith
The Last Of The True Believers 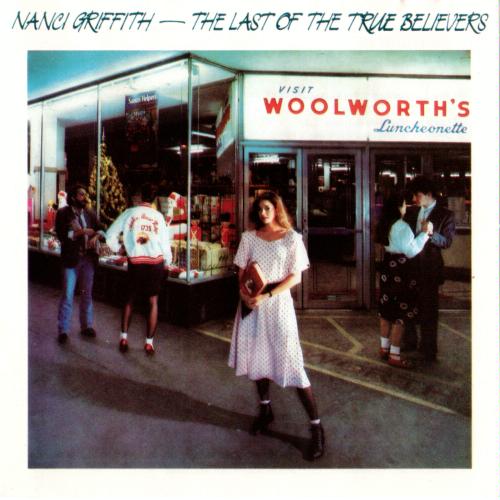 Not that the musical backdrop's similar (this is more enjoyable country than Williams' attempt to rock it), but maybe just that it feels sort of pointless.

I can't actually say why you should listen to it, so I hope there's more motivation than just delivering a hit song (Love At The Five & Dime) for another singer (Kathy Mattea got into the country top five with her cover in the same year as Griffith released the original).

I think I'll have to return to this album when the list is done to see if it's really as non-stick as it feels now.