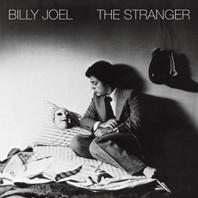 The difference between adult oriented rock and rock'n'roll is quite simply that grown-ups are a bit boring.
Like, for instance, the still played hit from this album: Just The Way You Are - a rather bland (albeit honest) declaration of love that could go on repeat for days without anyone actually taking notice.

The whistling theme of the title track (which reappears at the end of the album) reminds me of The Lonely Man Theme (a.k.a. the theme from The Incredible Hulk, which started airing just a couple of months later), and for those of you without any sort of cultural compass that's a good thing. But the rest of the album doesn't really move.

Being the breakthrough album after four near-hits (1001 Albums You Must Hear claims it's his third), Billy gets an A for effort, but in the genre piano-rock Joel's got nothing on Elton, even though he puts up a good fight.