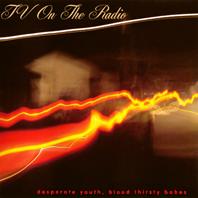 The vocal track Ambulance is so good it makes me want to sample it, and the lead single Dreams is mesmerizing, but what really got me was the first track on the album: The Wrong Way. It's a pretty wierd track, but enticing, and that feeling continues throughout Staring At The Sun and the rest of the album too.

I think it's the crap name that's made me avoid the band, cause I can't remember hearing any of their songs before while at the same time I do remember hearing about them a lot. So this another act I've discovered too late, after death has hit, as their bassist sadly died of lung cancer last year and it's unsure if the band will continue.