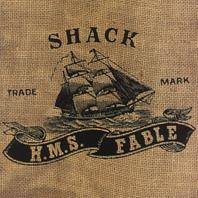 It's pretty cool how one good song can change the attitude to a whole album.

Cause it isn't until the middle of H.M.S. Fable, with track six, called Captain's Table (from where the album title is picked), that it starts to sound interesting. Fortunately it seems the band decided to hang on to that for at least one more song, as Streets Of Kenny also is worth a listen. The common denominator for these are better production - less standard indie and a more full sound (and the fact that both of them has the feel of a sea shanty or folk song lurking somewhere isn't shit for cake either).

But I still wish they'd trimmed the fat a bit, cause all in all, this ought to have been a twenty-five minute long album, tops.
Still, not bad for a comeback album.