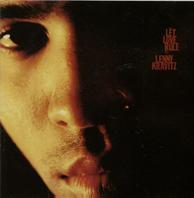 The rise of the neo-hippies!
Okay, not quite so widespread as a general rise, but you can't say there's no flower child vibes here (even without the final track on the CD version actually being named Flower Child).

It's Sixties' influences and love galore, but also wit ha bit of social commentary (in the albums best track, Mr. Cab Driver). Even though it starts with (of course deliberate) off-key singing in Sittin' On Top Of The World, Lenny's debut album is a slick production, no doubt about it.

If it wasn't for the castanets Empty Hands could have given Mr. Cab Driver a run for its title as best track of the album, but the slightly annoying clickety-clack brings the Messiah-narrative down a notch or two.

Still, it's a good, albeit slick, rock album.