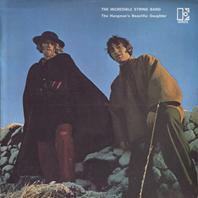 This is everything you hate about counter culture / folk music: pompous lyrics, random instruments (hey, I like an oud as much as the next guy, but only when it's played by people who can handle it), faux-mideval tunes, and a general sense of holier than thou.

The Incredible String Band started out as a trio, broke up and reformed as a duo consisting of the two people in the band that were friends with the third and not eachother. Which makes for a bit of dissonance in the communal-endorcing creative process. And as I've been listening to this for about half the day I can't say that I get very in tune with the universe, but rather feel like I'd want to buy a gas-guzzling SUV.