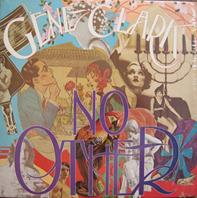 An album that broke a carreer, No Other was Gene Clark's fourth solo release (he'd release only two more in the remaining seventeen years before his death in '91), and it seems noone liked it at the time.

And while it's not a must have-album, I'd say it's better than White Light, cause this time around, it's back to country (but not in the style of Clark's old band The Byrds got up to in Sweetheart Of The Rodeo after he left). And at times, like in Strength Of Strings, it's darn near gospel and larger than life itself.

But overly expensive to produce and with a label that didn't promote it, No Other floundred and Gene's solo carreer was dragged down with it.