0921. Mike Ladd
Welcome To The Afterfuture 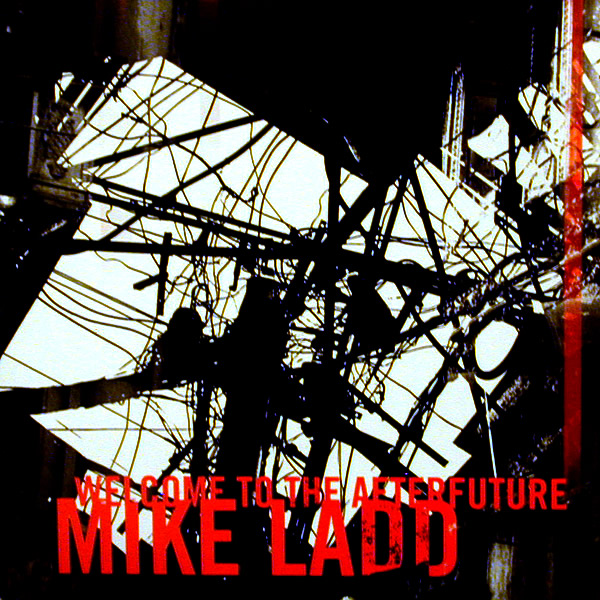 Coming into the lyrical part less from the streets and more from the academic point of view (he's got a masters in poetry) and also both indie and alternative, Mike Ladd's hiphop is of the kind that I guess once would have been called backpack rap.

This of course sends up warning flares.

The ten minute breakbeat-to-deep house instrumental To The Moon's Contractor is, well, not my cup of tea, and Red Eye To Jupiter's just bad - he tries to throw it all in there and do some rocked out ish, but just winds up fake-screaming over an erratic beat. But there are some redeeming qualities:

5000 Miles West Of The Future and Airwave Hysteria are quite competent alternative hiphop, and almost makes up for some of the nonsense, and Bladerunners at least features Company Flow so there's some variation from Mike's styles.