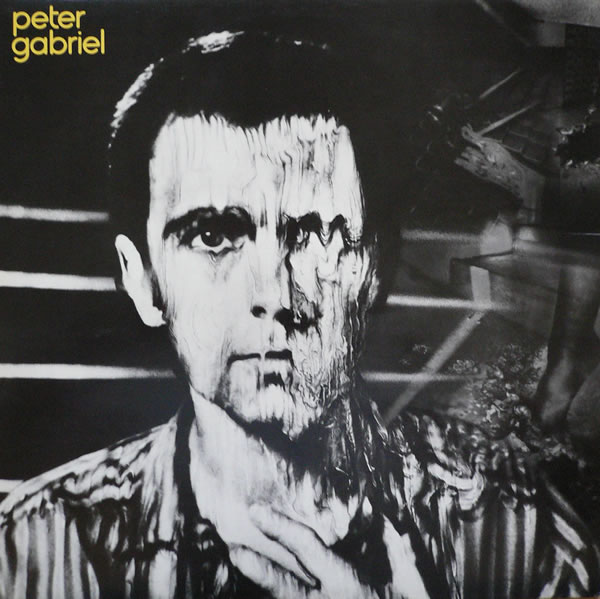 Okay, so this is his third, but not last, eponymous solo album, and you know what? It would have got the stamp of approval even if I never had heard it simply because of two songs on it.

But before getting to them, here's a reason why this is a hugely influential album: the drumwork of Gabriel's former band-mate, Phil Collins.

Creating a new sound cause of Peter's wishes that there were no cymbals used, Phil and the producers made sure that both Genesis' sound throughout the Eighties were a hit (the same goes for Gabriel's albums from the same time).
By coincidence the saxophone interlude Start shows the exact opposite and another reason why not to let sax-players on your album without a good reason: the cheezyness approaches 1 as it's so very Eighties sax'.

But what about those "two songs", then?

Well, it's Games Without Frontiers where the leaders of the world are described as kids playing their childish games in a metaphor for the near history Twentieth century (and also featuring Kate Bush on backup vocals).

Then there's Biko, the tribute to murdered anti-apartheid activist Steve Biko.
A fantastic song which helped spread knowledge about the state-run terror of the South-African racist regime.