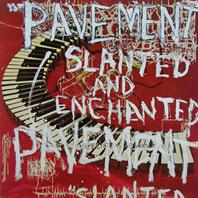 I got to stop doing this. I always confuse Pavement with Dinosaur Jr and it's not in Pavement's favor. But on the positive side, I always get happily surprised when I realize it's Pavement.

This is their debut, and they debuted in style, giving us an assortment of indie rock tracks with a rane of influences peeking through: Two States has that brit punk vibe, there's a whiff of Kraut (or perhaps Velvet Underground) in Fame Throwa, while The Jackals, False Grails: The Lonesome Era just has things going on.

Damn good debut, by the lads, I'd say.