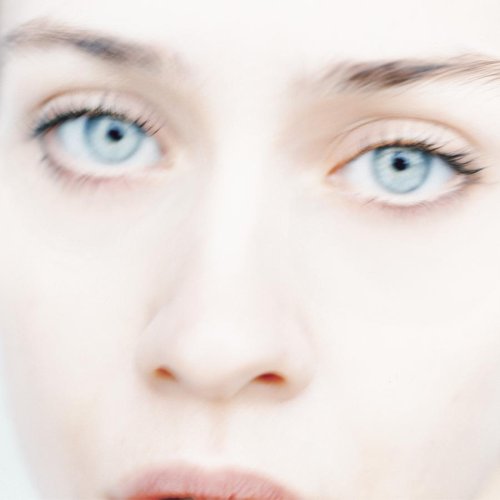 I have a bad feeling about this album long before I hit play and I know exactly why: every shot of Ms. Apple on the cover and in the booklet (yes, this is a CD) is a generic "mouth half open, semi-blank expression" out of focus image. The type you see in ads relying on sex, or at least titillation, to sell the magazine.
I hope I'm wrong.

(and about here the album starts spinning)

Whoa! First few bars could be something from Maxinquaye!

Unfortunately it doesn't continue on that track, but it's far from the expected. I can even go as far as to say that for the first few songs it's a pretty good album, but as the second half of the album rolls in, the tipping point has been reached some while ago: she's slumped into more standardized territory with Sheryl Crow type radio rock and pop jazz-ballads.

So my prejudices luckily were off, cause while there are some lyrics to that point, Tidal's still well above that particular trench. But still: not one of the top 1001 albums.

[Fact check: She was eighteen at the time?!]