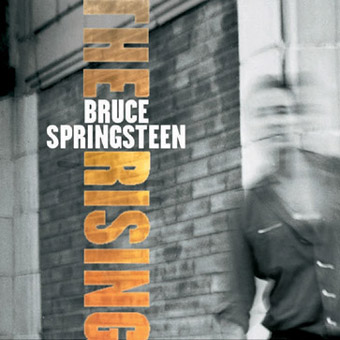 This is the post-9/11 album according to the critics at the time, and with a reunion between Bruce Springsteen and The E-Street Band after eighteen years apart (and one sure sign they're back in the house is that the bells are chiming, by the way) this has to be something special.

Right?
Well, the result is (as expected) not a helluvalot like Nebraska and due to the general topic it's not so very simliar to Born To Run either.

The Rising is generic rock.
And the way he goes into world music, as in Worlds Apart, seems almost gimmicky. Especially as the mid-East/Qawwali vibe going on gets promptly and brutally steamrolled by the main song block's broad-stanced rock.

Thing is, the lyrics are often better than the music, like in the ballad You're Missing which slowly works its way in.
And in Further On (Up The Road) the lyrics pushes the generica a huge step forward, turning it into the one truly great song of the album.

Still, I can see why it was a hit: it's got just the right amount of upbeat instrumentation to convey a sense of hope in a dark time.