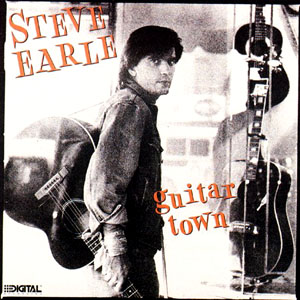 After playing backup and writing songs for others Steve Earle started his own thing, recorded an album of neo-rockabilly that seems to never have seen daylight, and then recorded this - a twanged out country album if ever I saw one.

Twanged unfortunately isn't a synonym to good, though. Okay: so it's not bad, it's just that it's not challenging at all, you don't get anything new or even an original spin. For each of the tracks I feel I could probably name a better one in the same or a nearby genre with a similar topic.

Put short: Steve sounds like the Generic Country Rocker™ and I can't grasp that he got two top ten hits out of this one - are people really that square?