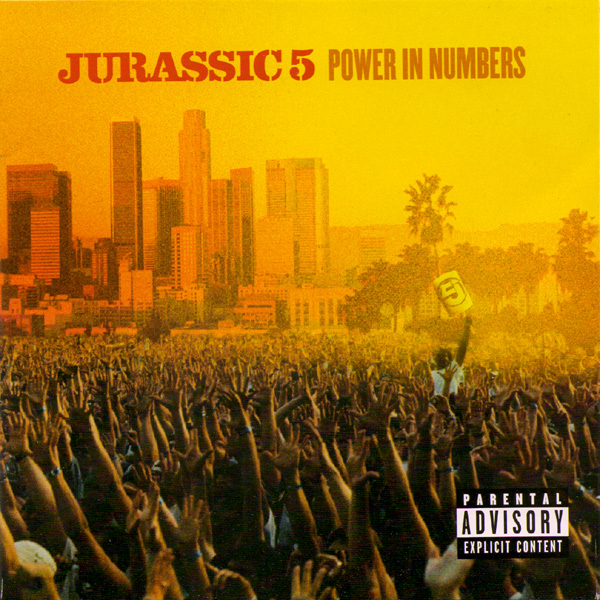 Described as a "conscious" rap album, Jurassic 5's third studio release is dreaming back to the break between the eighties and nineties - just when De La Soul, A Tribe Called Quest and the Jungle Brothers took us on a lyrically more reflective and musically more playful route.

The fact that they're a team of skilled emcees and DJs with notable individual characteristics doesn't make it worse, at times it's like The Temptations went hip hop. And mostly it's a pretty decent album, even with Nelly Furtado of all people featuring on a track, Thin Line, which deals with the dangers of getting romantically involved with a friend. Rappers preaching abstinence? Cool, but still a bit silly. Nelly on the other hand's singing about cheating, so, well…

They also dedicate time to name drop a bunch of those who've inspired them (even having Kool Keith do a short acapella and Big Daddy Kane featuring on another track) and generally being nice guys all round.
And the hit What's Golden is sort of the icing on the cake.

Problem is, that with this kind of albums - trying to invoke the Daisy Age - I get so damned disappointed when the stupid-ass homophobic, racist, misogynist, representin' track One Of Them shows up. Especially as the black power themed I Am Somebody comes just two tracks later.

Way to keep it conscious, fool.