0686. Everything But The Girl
Walking Wounded 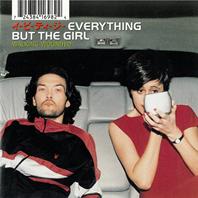 On their return to the list, we find that Everything But The Girl, five albums later and hot on the heels of the hit-remix of Missing, has switched to doing breakbeats (also I suspect it's got something to do with their collaborations with Massive Attack as well as Portishead's success from two years earlier).

Problem is, no matter how you dress it up, Everything But The Girl is still a boring band. They sound like they're the ones that made Dido say "Hey, even I'm more rock'n'roll!"

Okay, so I might sound harsher than I mean to, cause Good Cop Bad Cop actually is a decent track, but as it's followed by the Todd Terry remix of Wrong I just get mad (the same Terry that got them their Missing-hit).