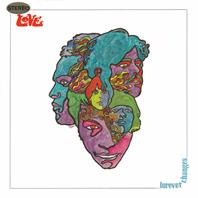 This floored me!
Alone Again Or just sweeps me off my feet.
It's just... wow.
I think it's the perfectly assembled harmonies that does it. Of course they're coupled with great music, but the vocals grabs me (more so than the actual lyrics, I've noticed) and, damn!

The feeling re-appears in both A House Is Not A Motel and The Red Telephone, so even though Andmoreagain and Live And Let Live sounds as if intended for the renaissance faire with its neo-folk, the album stands tall (it helps that the ren faire songs are still good tracks).

Lyrically it's clearly a product of hippie times, but still with something going beyond the standard (and luckily without any outbursts of calling anything "groovy"). There's a darkness to it and it's a mind trip that I'm going to have to get a couple of more doses of.