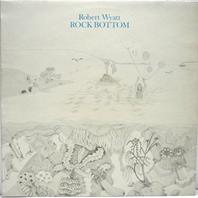 And this is what he built his legend on? This album's took the road the other way compared to Schleep: it starts with a track that doesn't entice me at all and continues along that path until the last song, Little Red Robin Hood Hit The Road, comes along. With a slightly more unison chaos than the earlier songs' mischmasch, breaking down into droning strings and a very Scottish recital.

His second solo album was the first after the accident putting him in a wheelchair for the rest of his life, and also the album he considers his true solo debut.

A strange thing, though, is that it sounds way better through a couple of low budget computer speakers than in the DJ-level headphones I have. In other words: don't listen too closely.

[in other, shocking, news: 1001 Albums You Must Hear... uses the album cover from the '98 re-release instead of the original '74 artwork. "shocking" indeed]