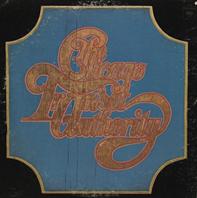 It's a bit confusing, this album. It spans such a wide range of styles it's easy to get the impression that it's a collection of songs from different bands. but it's only The Chicago Transit Authority (later shortened to just Chicago, due to threat of lawsuit by the "real" Chicago Transit Authority mass transportation operator) going out into an exploration of funk, blues rock, jazz fusion and, well, whatever that caught their fancy.

The first, Introduction, is an adequate display of their main focus, but it doesn't reel you in like some of the later ones.
It actually isn't until Listen they really take off, but just before that, Questions 67 And 68 both builds up nicely to the liftoff and gets me wondering if the album switched to a British band - the phrasing's just so very posh.

The hard rock version of the Specer Davis Group's I'm A Man is one of the album's highlights, as is the anti-war song Someday (August 29, 1968). I have said that I like double-albums, right?

(also: the instrumental Free Form Guitar is indeed exactly that: guitarist Terry Kath fuzzes out, reverbs and crackles for nearly seven minutes. A cool track, even though it's not what I'd recommend for catching an audience)