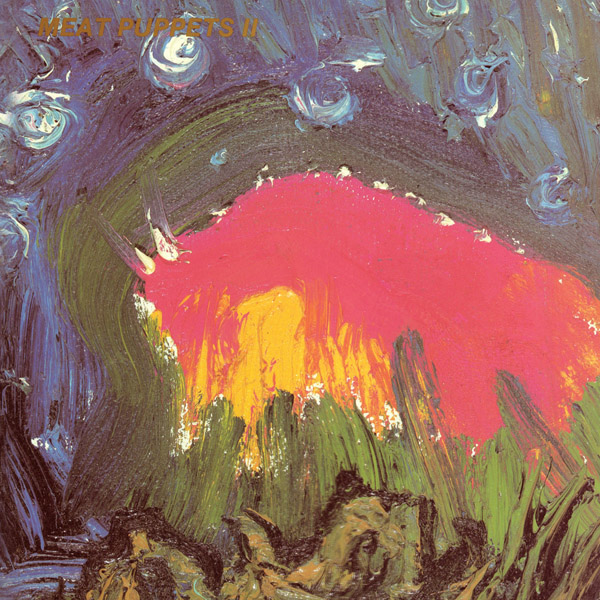 The Meat Puppets second album wasn't such a big success at the time, but it influenced a bunch of people, among many other Kurt Cobain, who (with the help of Meat Puppet brothers Curt and Chris Kirkwood) covered three of the tracks on the Nirvana MTV Unplugged in New York gig (and sung it very true to the originals).

But apart from that association it's an album of, in places, brilliant trolling of the listener or lyrics with such naivete that it just works. Like in Split Myself In Two or Lake Of Fire.

There's country twang, there's metal-distortion, there's off-brat singing and screams. The drums though. Why is there just straight eights?