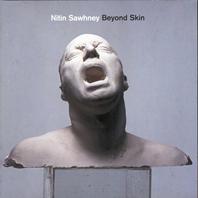 Labelmate of Talvin Singh and in somewhat the same style of composing, Nitin Sawheny sounds like the perfect candidate for creating very good music:
he's vocal about injustice, he's a skilled musician and composer, he doesn't mind blending seemingly non-mixable genres and so on and so forth, but the problem here is that the result sounds very non-personal.

The song Immigrant actually seems like taken from a Disney movie but Nostalgia fells better, almost like something off a Massive Attack release.
The parts that grip me the most, however, are the sampled quotes from nation leades, reporters and finally Oppenheimer, all talking about the A-bomb - tying the album into the theme of protest agains the arms race between India and Pakistan.