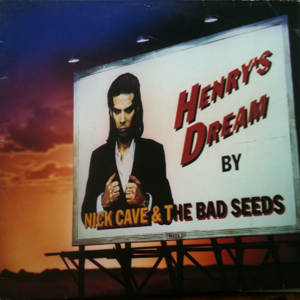 You know how it goes by now: a baritone telling tales of dark souls, insanity and horror, and a band that builds the intensity till it sounds like a occultist revivalist meeting.

Henry's Dream fits the mold and as such is a pretty good album. But it also contains the fairly straightforward country pop song Straight To You which, even though it sounds slightly menacing, is somewhat of a let down that makes my ears sort of tune out for a while.

Christina The Astonishing, based on the tale of a real life "saint", is captivating, Papa Won't Leave You, Henry drags me in with its intensity, and Loom Of The Land could be the best track on the album.