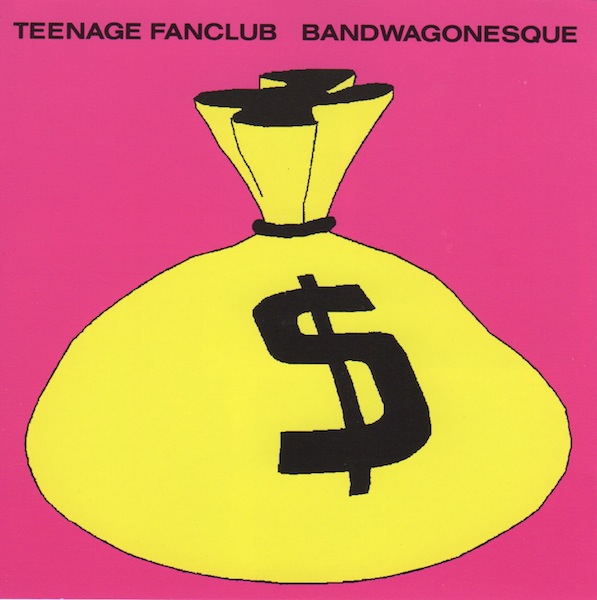 Okay, the reason for including this can be summed up in two other bands: Nirvana and Kiss.

Not in any way connected via their sound (Teenage Fanclub is more like a cross between Lemonheads and Swedish band This Perfect Day in that aspect), but that Bandwagonesque beat Nevermind in the fight for Spin magazine's Album of the year, and that Gene Simmons apparently has copyright on the highly original concept "moneybag with dollar sign" (reminds you a bit of the "slide to unlock" patent, doesn't it?) and used it to get, well, a bag o' money from the label cause they chickened out of defending the album cover.

Musically, this is less interesting.

It's indie pop / alternative rock with a sound that I remember as common even back then (but I might be wrong), they got one hit off the album - first track The Concept, and that's about it actually.