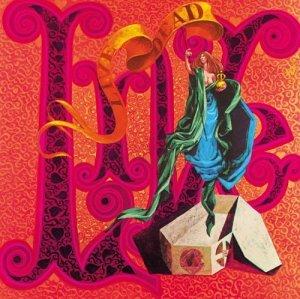 This apparently was recorded to give their label a bit of payback for the hundred thou' spent on the band's latest studio album, and that's a pretty decent move.

This double album of live material from three shows spans seven songs and an hour fifteen minutes, so you just know there's bound to be some lengthy stuff here. Unfortunately it's in the form of jamsessions that, while expertly performed, don't have that kick to it.

As I've written before they play nice music, but nice doesn't really translate well into infinite jamming, and this is a live album that I probably would have thought better of if I'd been on location and zonked like the deadheads.

But listening to it sober (and at work) I just don't get into the zone where I think a nine minute feedback mix is the stuff to pop my rocks to.