0944. The Temptations
All Directions 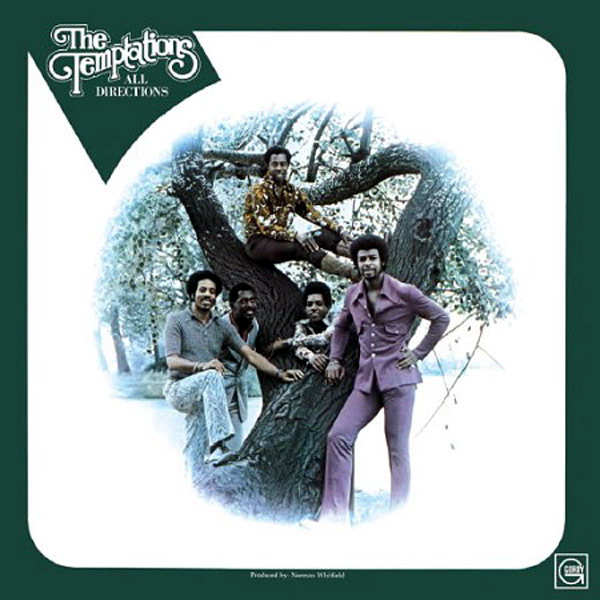 Sometimes the best thing that can happen to a band is to be stripped of their creative control or being coerced into doing tracks they don't want to.

In the case of The Temptations it was when they had to record Run Charlie Run, overtly calling out the racist practice of white people moving out of a neighbourhood as black people moved in (also addressed in Bodycount's There Goes The Neighbourhood), and a twelve minute version of Papa Was A Rollin' Stone, neither of which they were comfortable with (even thinking the album would flop).

In hindsight, it seems they were wrong, cause Run Charlie Run might be their most affecting song and Papa Was A Rollin' Stone - well, it placed them firmly at the top spot and is pretty much synonymous with The Temptations nowadays. Once again it's the A-side of an album that got all the juice while the B-side fizzles out with love songs (pretty much like on Cloud Nine from a couple of years earlier.

A honourable mention goes out to I Ain't Got Nothin' - a track that proves that Otis Williams should have had more spots as the lead vocalist.