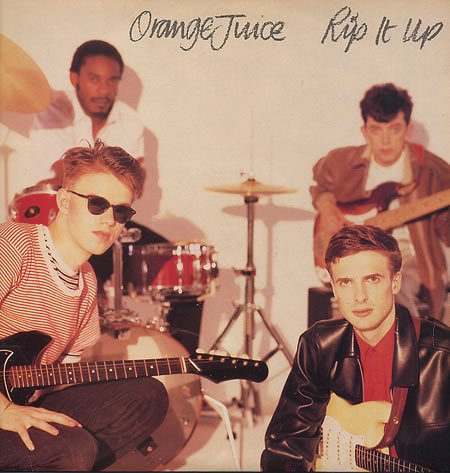 Proving that post-punk was (and still is) a meaningless pseudo-label, Orange Juice's second album is a mix of disco, reggae and pop.

The title track is notable for being the first hit song using the Roland TB-303 bass synthesizer (and also for sounding as if they've taken more than a subtle cue from Chic guitarwise).

But the standout tracks are the afro-pop influenced, with A Million Pleading Faces as the prime example, where the Zimbabwe-born Zeke Manyika takes the band in a more world-attentive direction than on most of the rest of the album manages (it mostly deals with love-song styled tracks with Edwyn Collins sarcastic lyrics).

Not at all what I expected, actually.