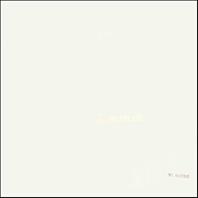 Still coming down off the chaos that was Sgt. Pepper's Lonely Hearts Club Band, the eponymous ninth album (colloquially known as The White Album due to the cover being white and containing an album) is what happens when people know they have "complete artistic freedom" and thus muck about with just about every fool thing that appears in their mind.

As with all other Beatles albums it's in the pop canon, but it's not their greatest work.

Just about every other song's a good one and the other half are examples of the band being a bit too high. Bast summed up in Revolution 9, which is an eight minute sound-collage that's hell for everyone listening to the album on vinyl since they can't just press skip. But then again, the closing song Good Night isn't really worth skipping to, so problem solved by just lifting the pickup.

But then there's the good songs!

Album opener Back In The U.S.S.R. satisifies the need for speed and Ob-La-Di, Ob-La-Da rocks along just fine, but the one stand out track is George Harrison's While My Guitar Gently Weeps, which since has become a guiarist's classic (perhaps most notably the tribute version with Prince, Tom Petty, Steve Winwood and George's kid Dhani Harrison).