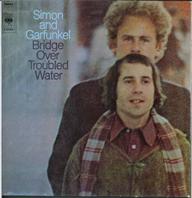 Third time on the list and this time it's neither mideval nor so pretentious (even though its title track is almost sacral, and there's also a track dedicated to an architect).

But apart from Bridge Over Troubled Water and So Long, Frank Lloyd Wright other great songs on this album are El Condor Pasa (the start of Simon's collaborations with Andean band Los Incas). The one confusing moment is their cover of Bye Bye Love feels as if it's meant to be ironic. Cause from a line of very involving studio recordings, whether they're spiritual or (a bit) raunchy, to a live-recording of a chewing-gum pop hit the Everly Brothers made famous, it's just such a camp moment.

But that's an aside, cause the The Boxer is simply fantastic. The song's involving and the dramatic build up in the finale's just amazingly emotional.

For all of you who believe it's the end of the World today due to a calendar ending: this is a pretty good soundtrack to the end.