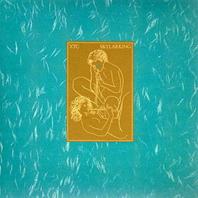 This is an album that would have been extremely notable if it had included the B-side to one of the singles, but as XTC left out Dear God on the original pressing, it's simply pop's version of the Seinfeld show: an album about nothing.

Or, well, it's about a lot of things, but nothing that's spun in an interesting way [fact check: the theme of the album is "a life in a day", which we've somewhat seen before], and nothing that could quite measure up to that B-side in either lyrics or melody actually. The contrast to the album is almost alarming - what the hell happened?

Okay, the sixties' kitch of The Man Who Sailed Around His Soul is amusing, but the rest? Bland pop. Good thing they added Dear God to the later pressings.