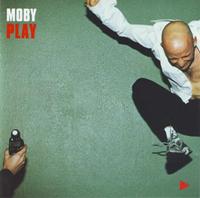 To be blunt this album probably owes its success more to Alan Lomax than Moby, cause it's the tracks where Moby samples vocals from Lomax' field recordings of folk music where the balance between repetitive beats and enticing melodies is achieved.
Cause while Bodyrock sure does fill up the dancefloor it doesn't do so much more. It isn't a track I'd put on the stereo (yep, I'm old like that) just to listen to. And I can't really handle half an album of it.

But the other half, with Honey and Natural Blues (and so on), is good enough to listen to even without being buzzed - a set of nice electronic remixes and mashups to be frank.

A slow burner, this album sold just about a couple of thousand the first weeks, just to catch fire and sell hundreds of thousands per week a year after.